The mighty Columbia flows past my front door. Meanwhile on the other side of the continental divide, her sister river, the great Missouri, with her winding ways and beautiful chalk bluffs, flows towards the east. The song birds are somewhat different there, singing in the cottonwood trees that line the water. Though this time of year they are few in number, and not very song-full in the cold.  Looking for sleeping bugs amongst the bark the Juncos, Chickadees and the other brave winter songbirds bear witness to the water. The Missouri, lifeblood of the land from Montana to St. Lewis where she joins the Mississippi.

When I think about where my water comes from it is humbling to think of all that needs to be in place for clean water to stream out of my faucet. How lucky I am to live in a place with plentiful fresh water. So many millions do not. (Though my drinking water is housed behind a dam built in 1912 that will likely give way in the case of a significant seismic event, killing many.)¹ I believe that the waters of the world are all connected into a gestalt that includes even the water of our bodies. So when waters are threatened it matters to all of us. It is perhaps true that water has never been more at risk than at this moment.

I remember being a kid in Michigan, probably around 1978 or so, we kids had heard some adults talking about fancy bottled water. The idea that someone would be so insane as to buy water to drink struck us as uproariously hilarious, so much so that we were pretty much immobilized by laughter for a while.  We continued to giggle about it for days- it became a symbol for ridiculous. Fast forward to today- the norm has become to drink water from little plastic bottles, and it isn’t so funny anymore. Plastic water bottles, poisoning us all, in order for us to drink “pure” water.   I have wondered if the whole tragic debacle of the Flint Michigan water supply could have even happened without a populous conditioned to drink water from little plastic bottles. How might things be different if the onslaught of plastic bottles hadn’t separated us from our stewardship of our watersheds.

Right now in this minute there are thousands of people taking a stand for water at Standing Rock in South Dakota.  A protective action led by the largest gathering of native peoples since the battle of the Little Big Horn in 1876. (Which ironically took place one hundred years after we, the United States, declared ourselves a sovereign land of freedom. From which point we have continuously implemented a wholesale take over of the sovereign lands of others, from sea to shining sea…) Winter is very cold in the Dakotas and they are committed to continue their protective action even into the fierce weather.

In October, when the white violent occupiers of the Malheur National Wildlife Refuge were acquitted of all federal charges, my heart was broken. It was difficult to have faith in the world when the perpetrators of such destructiveness are absolved of any reckoning for their actions. It is particularly painful when one considers the many innocent Black people that have been killed by police, and the long history of brutality against native peoples. One can not help but believe that their “whiteness” protected them from being held accountable. How different their bullying was from the dignified lawful presence of the Sioux at Standing Rock.

With the escalation of brutality of the corporate and police opposition to peaceful gathering, this feels like an opportune moment to ask ourselves what it is to be Americans.  I align myself with the Americans that have stood up against injustice over and over throughout history. It is a lineage from which we can draw strength and inspiration.  From Quaker farm wives that helped smuggle slaves out of the south, to Grange members organizing against the Railroads, the suffragettes who worked for the vote, union organizers of all kinds, civil rights leaders, peace activists, those who worked to end the forced indoctrination in the Indian boarding schools, environmental activists, the Black Lives Matter movement… There are many many ordinary people who have stood up to injustice for which we as Americans can be very proud.  For every one of the many ugly and immoral episodes that have traumatized our nation there have always been courageous people who have stood up to stop them. We can define ourselves by the actions of bullies, or we can  define ourselves by those who have stood up to bullies.  The second option is not passive.

Here in my community people organized and showed up for 15 years in opposition of a Liquified Natural Gas Terminal at the mouth of the Columbia- Their efforts succeeded in stopping the project for now, despite being hugely out funded by the out of state corporations that were behind the project.  I am telling you that ordinary citizens made a difference. I am telling you that You can make a difference. With the situation at Standing Rock, where the National Guard and police from five states have been deployed as henchmen for the corporate interests, there is now more than ever a need to take action.  The ways that you can take action are myriad -big and small.  Here are a few options, I have tried to include options both easy to more effortful:

Perhaps it all boils down to water.  If you could have done something to prevent the poisoning of the Flint Michigan water supply would you have?  While the decisions for that went down behind closed doors, the DAPL, thanks to the Great Sioux Nation, is happening for the world to see. The time is now to prevent the treasonous corporate profiteers, including our president elect who has $2,000,000 invested in the pipeline, from poisoning the entire Missouri River basin.  All rivers are one- the oceans and the rain and snow are one – ultimately we are all one too.  I encourage you to celebrate that by taking action in whichever way you can.  If that is simply connecting to your own water supply and blessing it- then may that send ripples out across all of the waters of the world. Start where you are.

Here are some links to help you take action:

Here is the site for sacred stone camp: http://sacredstonecamp.org

Here is the site for #NoDAPL Solidarity: https://nodaplsolidarity.org

Here is an article in Huffington Post on the DAPL listing actions including phone numbers to call: http://www.huffingtonpost.com/entry/help-standing-rock-sioux-dakota-access-pipeline_us_583480c9e4b000af95eca013

An article about the positive impact of meditation: http://www.thewayofmeditation.com.au/blog/scientific-evidence-mass-meditation-can-reduce-war-and-terrorism/

Here is the map from the Decolonial Atlas: https://decolonialatlas.wordpress.com/2016/09/07/dakota-access-pipeline-indigenous-protest-map/

An Article in the Nation about the situation at Standing rock: https://www.thenation.com/article/police-attacked-standing-rock-activists-for-hours-why-are-they-calling-it-a-riot/

Rural Organizing Project, ROP,  is an Oregon social justice group that has been working to connect rural Oregonians with meaningful conversations and actions since 1991. They are sending a contingent to Standing rock. Learn more about them here: http://www.rop.org/about-the-rural-organizing-project/

¹Here is a PDF of the City of Astoria memo re: the seismic report for the Bear Creek Dam: 5b-bear-creek-dam-seismic-study 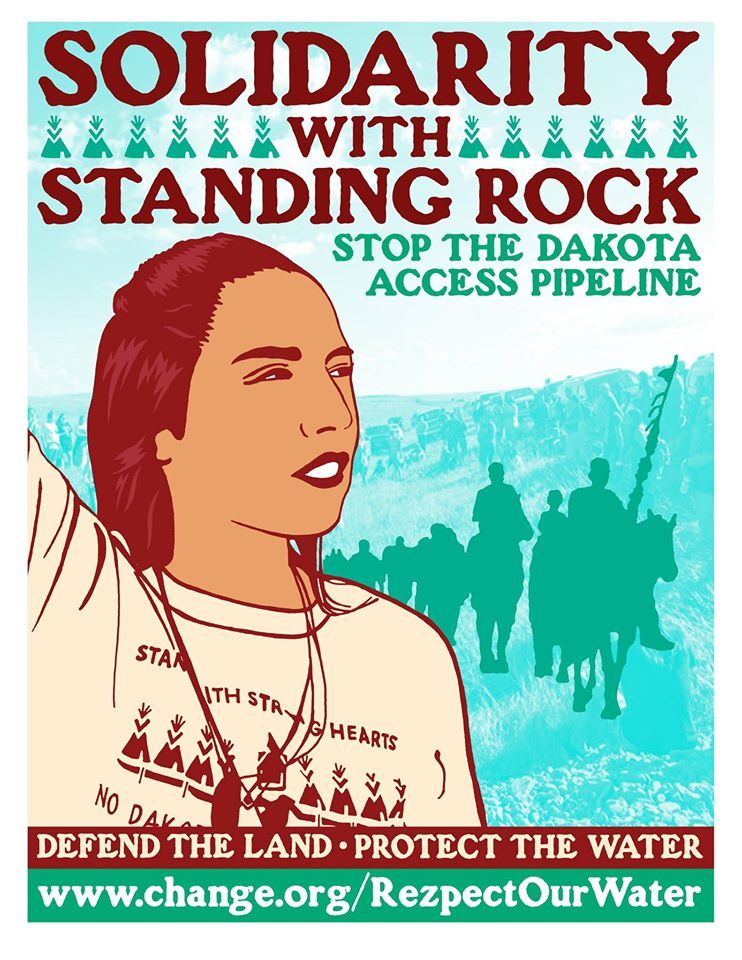