“Our task must be to free ourselves from this prison by widening our circles of compassion to embrace all living creatures and the whole of nature in its beauty.

Only a life lived for others is worth living.” 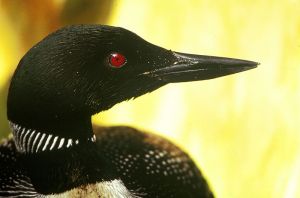 We have a game we play each day when we go for our walk- to positively identify at least 10 species of birds. When Sam was tiny his favorite books every night and morning were Pat the Bunny and Birds of the Pacific Northwest Coast. It is pretty great to be counting birds like blessings on a daily basis with Sam as a teenager.  Today we counted a generous variety. The change from summer birds to winter birds is nearly complete. Having Joe along today helped us up our numbers.  It was a wonderful morning for a bird walk- calm with amazing pearly light. Here are the birds we identified in no particular order:

There are at least 10 other birds that we frequently put on our list, but didn’t see today. Which means that though this may look like an impressive list it really just shows that our goal of 10 species per day is fairly lazy considering where we live.  In contrast when Joe and I went to Portland last Tuesday for my Herceptin treatment, we went for a long walk in northwest Portland, and only able to count 5 species.   We feel lucky to be so surrounded by birds here at the mouth of the Columbia. I notice that the birds are frequently observing humans, much more commonly then most humans are observing birds.   Which is too bad, because they are such a gift.

Last Saturday while driving over the Astoria Megler Bridge there ahead of me was an injured loon stranded in the northbound lane.  I stopped my car, put on my flashers and got out to catch it.  Luckily other cars stopped as well, which gave me a bit of a safety buffer- one car rolled down their window when I walked past- “Its a Loon!” I said urgently, to which they responded by looking blankly back at me. “They are quite rare here” I said. “Oh” they said and rolled up their window.  Meanwhile the loon was awkwardly running along the road. It finally stopped so that I managed to catch it- loons are unable to take off from land after all, and it was injured. I ended up with its blood all over my clothes.  As I was walking back to my car I was filled with a bit of panic- how to transport it to wildlife rescue? It had pecked at both my hands and arms drawing a small amount of my blood to add to the mix- which meant I had no doubt it would not be sitting next to me calmly in the car helping to navigate. My best plan was to somehow wrap it in my raincoat and hold it on my lap.

Just as I got back to my car a truck pulled up behind it, and put its flashers on. It was Luke Colvin, a local arborist. When I asked him frantically if he had a box- he said “Yes! – my wife volunteers at wildlife rescue- I can take it right there.”  We carefully transferred my arm full of loon to his box, got back in our vehicles and drove off the bridge. Luke to bring the bird to the rescue place- me to continue onward to my destination.  I feel so privileged to have held a loon in my arms.  It was very emotional.

It felt like divine intervention.  I was in the right place at the right time, a synchronicity.  How many of the people that went over that bridge even knew that it was a loon?  How many of them place any value on that birds life? For those who drove ahead of me and simply drove around it- were they simply aware of the inconvenience of having something in the lane? Did that magnificent bird seem no more significant than a dead branch felled in a wind storm? Or were they concerned, and yet unsure what to do?  My actions were not well thought out, it was dangerous to say the least. At the time all that mattered was the loon.

The Loon on the bridge cried out when I approached, a sound I had only heard before in Northern Ontario whilst visiting Edna and Ed. This time of year the veil between the worlds is said to be thin.  The loon has been associated with loss and grief in folklore due to its eerie cry.  Later the day of the rescue was the memorial of a friend, David Curl. The sudden appearance and cry of the loon in my life made me think of all of my dead, and how birds and animals seem to act as messengers from the other side.

Afterwards as I drove on towards Naselle I was alone on highway 4, within a curiously car-free bubble.  This allowed me to focus on processing the experience- while praying frantically that the loon would be alright.  Was that car-free space just a coincidence? A few hours later on the way home the traffic was normal- despite crazy high winds. I choose to believe that whatever force placed me in the right moment to rescue that loon- also created a safe clear road for me to travel on.

It feels like part of this pooka journey I am on is to acknowledge the ways in which mystery plays a part in my life.  Though we can not truly know why things happen, it seems fruitful to look for meaning in the events that happen in our lives.

Today is Día de los Muertos, the day of the dead.  I would like to honor two amazing heart centered and positive men of my community who passed away in September, Royal Nebeker and David Curl. Both Men were artists, both were gifted teachers, both had been riding their own cancering Pooka. Both were candles each morning on my altar.  Both were consciously doing the big work of healing.   We were traveling to NM the day of Royal Nebeker’s funeral and unable to attend.  Last Saturday, the day of the loon rescue, was the memorial service for Dave Curl. My heart is pulled towards their wives and family.  I feel keenly the loss to our entire community from their passing.

I am noticing that my regrets are about not connecting more, not spending more time when I had the opportunity.  When someone dies we do not regret loving them, we regret losing them.  I have had a lot of death since 2001, sometimes it feels like more than my share frankly.   So I know the routine. I need to fully express the sadness, and even the joy that I feel is part of all this.   I feel less shock now than I did in September, and simultaneously it feels surreal and sudden.  Both David and Royal brought so much beauty and kindness and light into the world that it is hard to let them go.

People have said to me that I had to get better because my work here is not done.  I say If our ability to contribute positively to the world could hold back death, than these two beautiful souls would still walk amongst us. How can miracles and death coexist? Because they do. My belief system is that Royal and Dave are more than okay now.   I believe that they left lighter than they might have if they had simply died suddenly before all the cancering came into the picture.  I believe that they are in infinite love- and that idea has a terrible beauty.  I keep thinking that because they left at just this moment, the rest of us are perhaps set up towards a a future crossroads we would otherwise have missed.  That having them on the other side is an asset. Perhaps Dave was who delayed my departure Saturday morning so that I could rescue that bird, as he himself would have done if he had been driving across the bridge that day.

I have felt the touch of grace in my life. I don’t know why I have been spared for the moment just as surely as that loon- while others have not been.  I know it is not because I am more worthy, just as that loon is not more worthy than the beautiful birds that die on that bridge far too frequently.

We don’t know when we will die. We don’t know how.  What we do know is that we all will die.  I don’t believe in random. I don’t believe that just because we don’t know the reason for something that there is no reason.  I believe that to assign randomness to it all is a mistake. The skeptical who may believe that cancer is random, are perhaps just trying to avoid admitting to our human limitations.  The whys of cancer are so individual and so complex that we are simply too linear, and too limited to ever understand it fully.  The truth is we don’t really know why specific people manifest “successful” cancer cells that go on to create tumors, and others don’t. Or why one person has a reoccurrence and the person next to them does not.

What we can know is that we are surrounded by beauty. We are surrounded by miracles. We are gifted with opportunities to be kind every day. We benefit from the kindness and efforts of others our entire lives.  If we look for those glimpses of goodness, if we count them like birds, the time we are granted will be much richer.